BOAT EXCURSION TO THE MYSTERIES OF ATLANTIS AND ES VEDRA. IBIZA 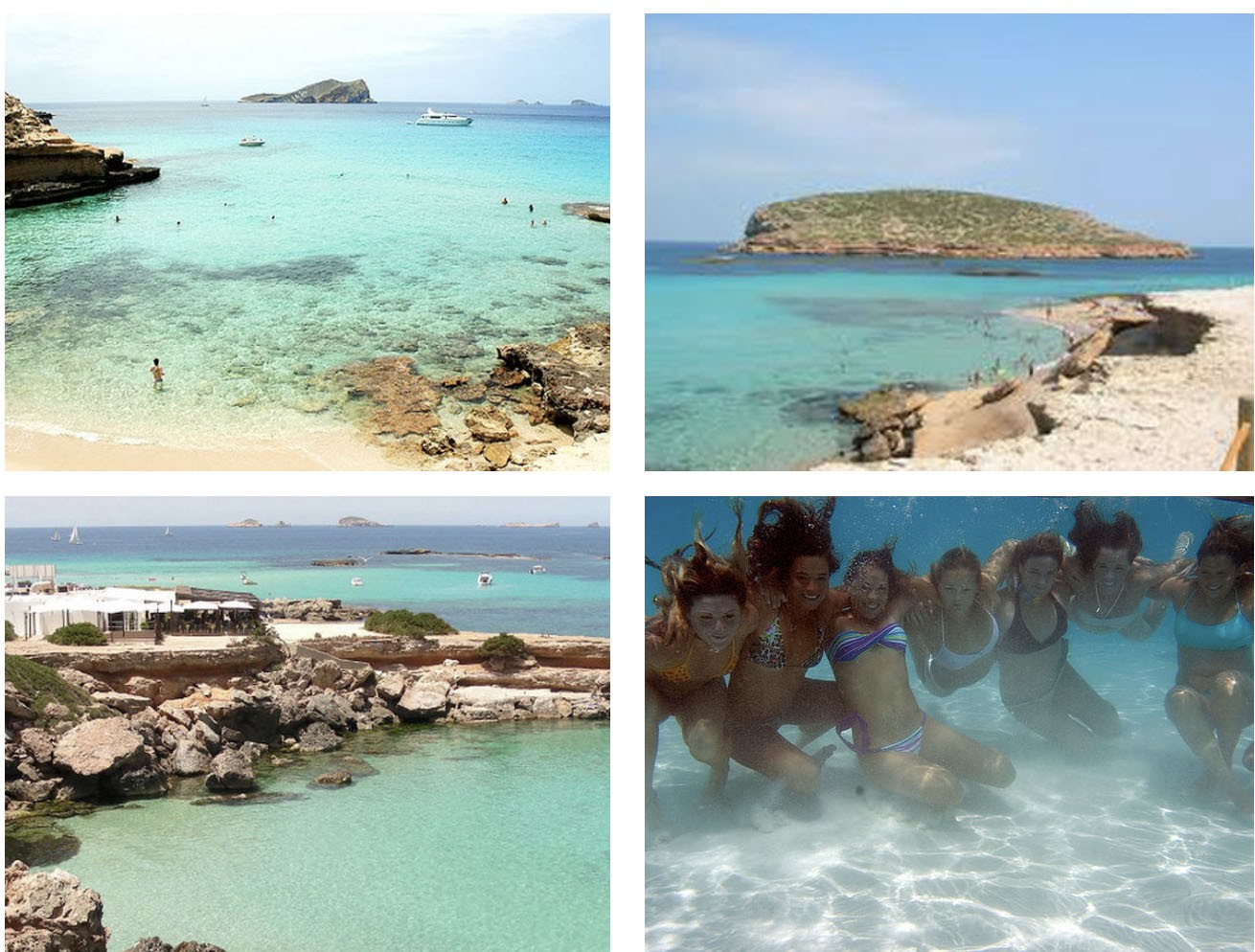 Es Vedra. A magical, enigmatic and solitary place that you will have the privilege not to travel aboard a private yacht and to anchor next to its crystalline waters to discover the most spectacular posidonea bottoms of Ibiza.

This spectacular excursion (Boat or Jet ski)  in Ibiza, leaves from the nautical of San Antonio, and will take you to know the paradisiacal coves of Ibiza, such as Cala Conta, Cala Tarida or Cala D, Hort. We will sail between deserted islands, authentic paradises of nature, such as Sa Conillera, Isla del Bosque, Espartar ..

The final destination of our boat trip in Ibiza, tour the Island of Es Vedra, to see up close this impressive granite mass, dive in its crystal clear waters, and visit the mystical Atlantis. A magical day where you will see places that can only be visited by boat. 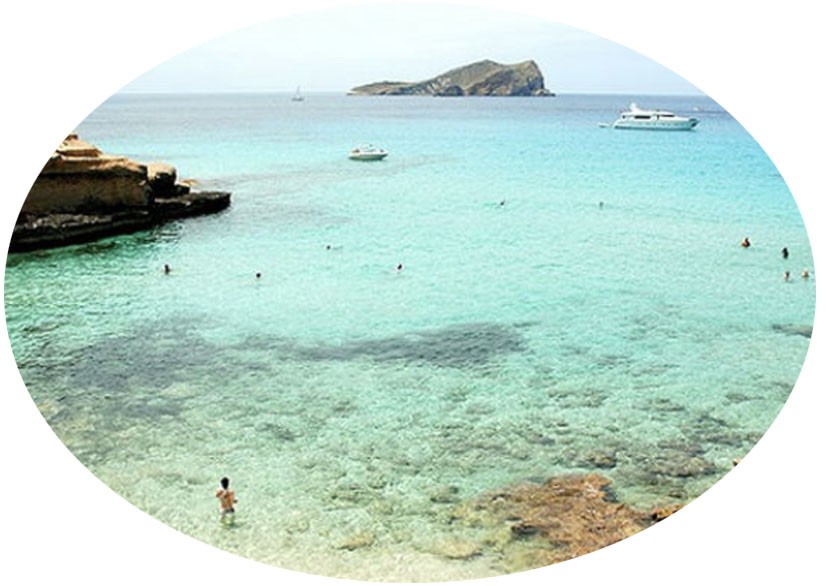 Our first stop will be to appreciate this small group of coves, white sands and turquoise waters. Cala Conta is undoubtedly one of the most beautiful places in Ibiza. It is recognized along with Illetas beach in Formentera as one of the 5 best beaches in the Mediterranean.

Cala Conta is simply beautiful. Located very close to the islands of the Forest and Conejera, where you can practically walk, its seabed has special colors, due to the purity of the waters .. The orography of the land creates small coves, separated by cliffs, and always with very little depth what makes it suitable for bathing.

Our second stop will be at cala Tarida, where we will visit a small natural fishing port. Although Cala Tarida is a beautiful beach but a little overcrowded, we love visiting this small port, it is one of those places that are practically inaccessible, and that few people know about. We love to see fishermen repair their nets and clean the fish, quietly, in a rhythm of life away from everyday stress. It is a way to get into the culture of the island, and to see closely a work that they have learned from parents to children for centuries. 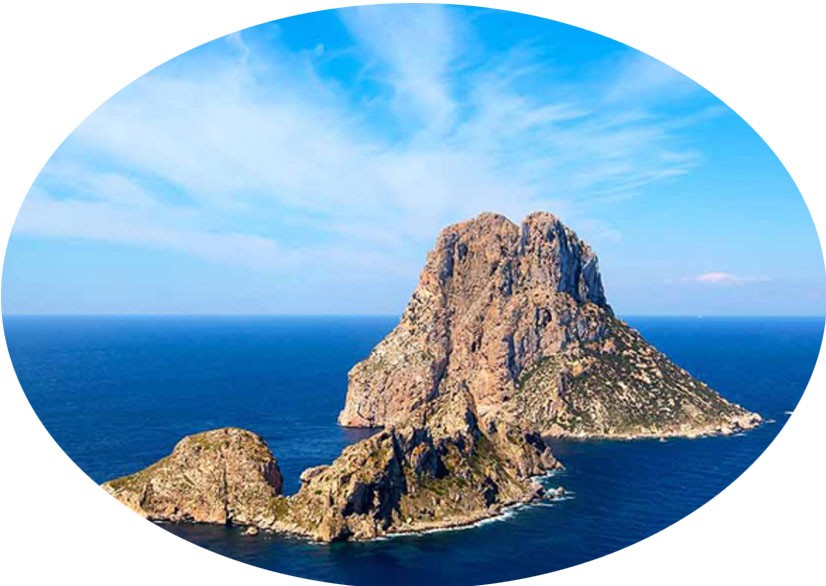 THE ISLAND OF ES VEDRA.
The island of es Vedra is one of the biggest mysteries of Ibiza. Its shape does not perplex anyone. An impressive mountain massif made entirely of limestone that is two kilometers from the west coast of Isla Blanca, near Cala d'Hort. Its height is spectacular, with almost 400 meters high, and cliff walls that seen from the boat seem endless.
if we see its seabed we are also impressed, since Es Vedra comes from the deepest sea, its cliffs burst from the bottom of its crystalline waters, and are a place with an enormous underwater life.

IT IS MAGNETIC AND MYSTERIOUS VEDRA

But aside from its impressive morphology ,. Es Vedra is an island surrounded by stories of legends and myths, which come from ancient times, and go back to the Phoenician culture. Es Vedra is considered to be the third place with more magnetism in the world, only surpassed by the North Pole and the Bermuda Triangle.

One of the myths places Es Vedra and nearby Atlantis as the tip of the submerged civilization of Atlantis. While the island is genuinely considered to consist of inspiring energy and savored positive healing, several people have claimed in recent years to have seen UFO floating above their presence. With this type of strange events and even the circles of light that form in the ocean, this has intimidated the owners of boats and fishermen to go elsewhere.

When we approach sailing to es Vedra, the first impression that is received is to arrive at an uncommon place. This must have happened to the Phoenicians who, after sailing under the shadow of the Es Vedrá rock, decided to establish one of their most important colonies in the Mediterranean. Soon they found sacred places where they contacted their gods, the same beautiful places that today travelers can visit who wish to start in the mysteries of the powerful goddess Tanit.

It is said of Es Vedra that it is the birthplace of the Phoenician goddess Tanit, it has also been mentioned that this ancient island was the home of the sea nymphs and mermaids who tried to decoy the great Ulysses in Homer's Odyssey of his ship.

Ybshm or Iboshim (from where the name Ibiza comes, officially Eivissa) was dedicated by the Phoenicians to the god Bes. It was a funny deity from the Egyptian pantheon, which was adopted by many peoples. However, the goddess who determined the magical and sacred life of the Pitiusas islands was Tanit, written Tnt in Phoenician.

It is said of her that she was the wife of Chaldean Baal, and even that it could be his feminine manifestation. Some considered her a "walker" goddess, who is one who sits next to her husband, although at a slightly lower level. It is very possible that the first embodied the most luminous aspects of some cults that had their darkest side, initiatory and esoteric in it, as we can deduce if we look at their origin.

The antecedents of this goddess who headed the Punic pantheon can be found in the Ashtart-Astarte Phoenician, the Inanna Sumerian or the Ishtar Akkadian. All of them were goddesses of fertility and carnal pleasures, although their cults evolved to become especially bloody. As goddesses of the war it was necessary to appease her anger with the lives of animals and enemies, but also, sometimes, with those of children. She was represented covered with subtle veils, which sensually emphasized her feminine characteristics. Their cults spread throughout the Mediterranean, as well as their symbol. 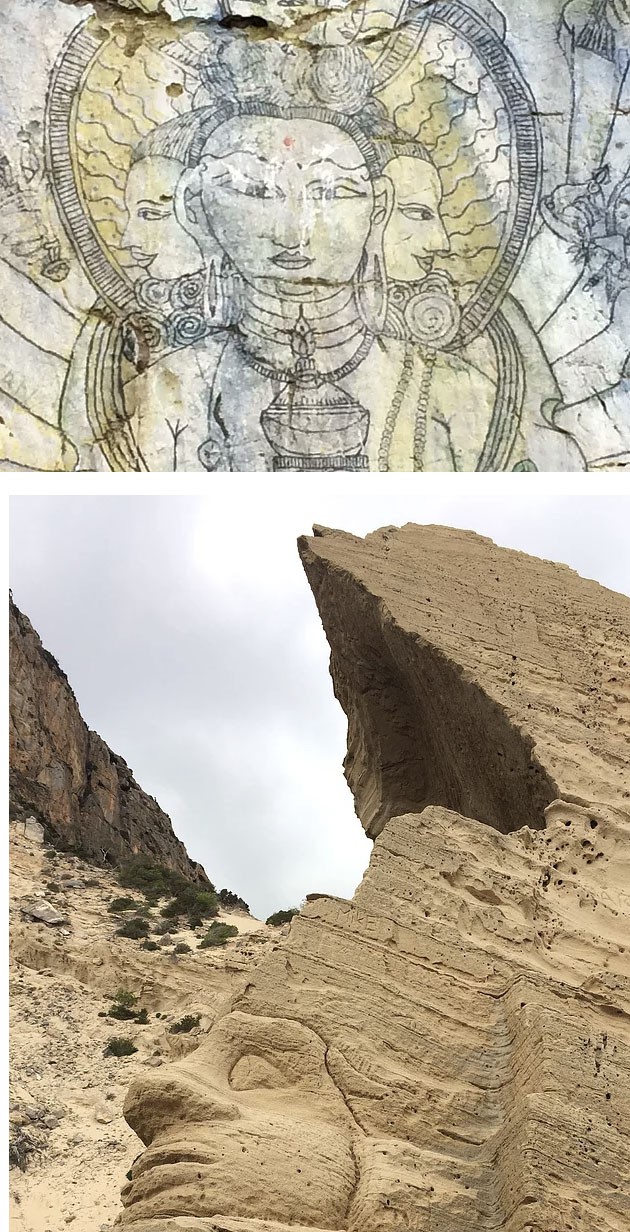 Many have heard about the magic that the Atlantis area has, but a lot of legends are woven about this place.
Atlantis, also known as Sa Pedrera, is a quarry that dates back to the Phoenician era, and it is said that the stone was extracted to build the walls of Ibiza. The sandstone rock was cut following the natural form of the strata of the land, and by long channels it was towed to the sea, where it embarked on board sailing ships for transport.
This work has created a series of extraordinary spaces, hollows and small natural pools, invaded by crystal clear water, which create a unique environment in the world.
Perhaps for this reason, and as a result of Phoenician traditions, which ensure that the tanit goddess disembarks here, Atlantis has long become a place of worship. In the 60s, many hippies opened their natural caves, and turned Atlantis into a magical destination where they can celebrate their rituals of purification.
Part of the charm of Atlantis is found in the intervention of the human hand and nature. Next to the excavation of the quarries, in Atlantis we find sculptures carved in the Arena. A huge bas-relief of Sidharta is a place of pilgrimage and daily devotion.
The cliffs of Atlantis are a nesting place for birds, but very popular for the practice of climbing.
Some historians place in Atlantis the location of Atlantis, the lost kingdom described by Plato. According to the philosopher Atlantis was larger than Asia and was beyond the Pillars of Hercules, which indicated that its location was in the Atlantic Ocean. According to the legends, Atlantis sank 15,000 years ago, due to the planetary events that affected the earth. As it is, there are a series of myths and legends that surround the emergence of this area located in the vicinity of the sea.
Be that as it may, Atlantis is a spectacular place, and of such a special beauty that we can not find anywhere else in Ibiza. 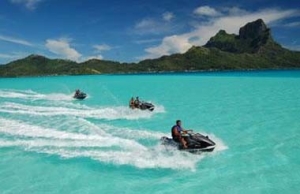 Jet-cruise the crystal waters of the med to Ibizas most historic landmarks. Es vedra, located on the southwest coast of ibiza, is a rock of many myths and legends. The magical... 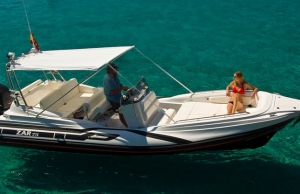 It is the most versatile in its class, with a very easy navigation unusual spaces and volumes combined with a sleek and edgy design. Comfy seating for 12 in the direction of t...